There’s nothing like playing actual songs to keep you interested when you first start playing guitar. It’s hard for beginners to understand that a lot of effort goes into learning to play guitar well. So many beginning players pick up a guitar expecting to play something right away, and while this isn’t how it works, the truth is, you can begin playing simplified arrangements of some of your favorite tunes pretty quickly.

If you own a computer and have an Internet connection, getting you hands on some really cool easy guitar song tabs is a piece of cake. There are lost of websites offering everything from folk songs to heavy metal tabs geared toward beginners. OF course, you can find more difficult versions of the same songs as well, but for now let’s focus on easy guitar song tabs you can play with minimal practice.

One of the most popular songs to want to learn to play for just about anybody who gets an acoustic guitar is “Hotel California” by the Eagles. This is a beautiful song that makes use of several guitar layers (electric and twelve string) to create the lush version you hear on the album. Not something a beginner can hope to play, right?

Not so. Here’s a very simplified easy tab version of the song that you should be able to play with just a little practice. Just play this easy version of the intro and strum the chords while you sing along and you’ll hear the harmony and melody come together. If you want to get fancy, try picking the notes of the chords instead of strumming them.

A metal favorite is “Breaking the Law” by Judas Priest, shown below. The first example is the introduction laid out in easy tab and the second shows the power chords played throughout. Using these two examples you can recreate a decent version of the song. 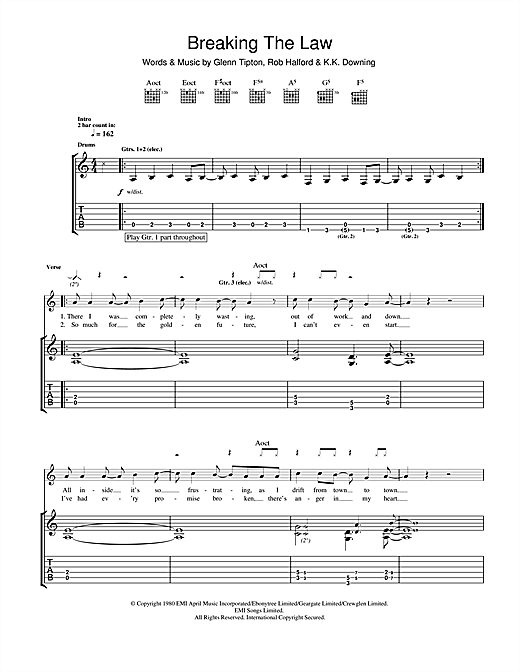 “The Joker” by Steve Miller is a fun one to play once you learn the easy riff (shown below) and alternate it with the strum pattern on the chords. 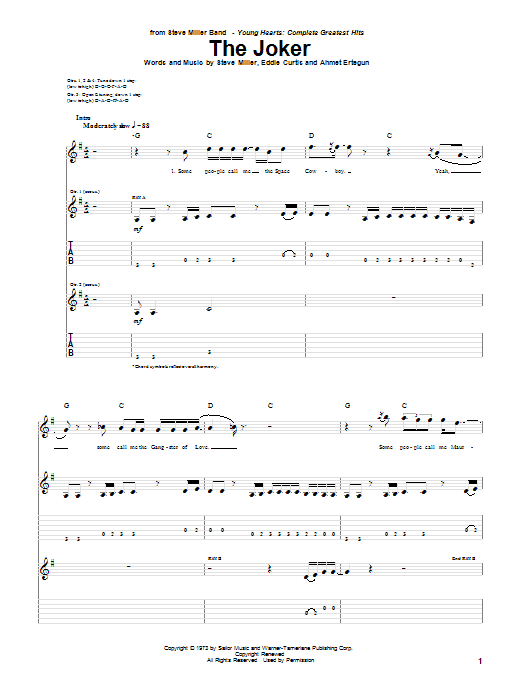 No matter what you want to play, you can almost always find an arrangement of the song at any difficulty level you need, making it possible for you to play some of your favorite songs right from the start.