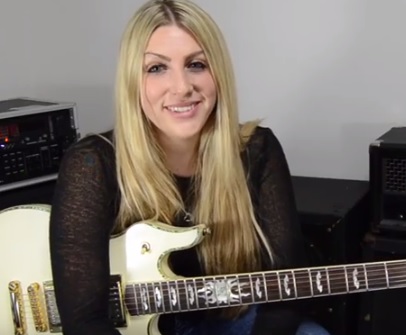 How To Play Purple Haze By Jimi Hendrix

Jimi Hendrix is inarguably one of the greatest guitarist of all time. The perfect blend of talent, feel, and creativity. He was truly one of a kind and changed the guitar forever. He has left an impact on generation after generation, and it doesn’t seem to be slowing down. Today we’re going to go over one of his most fun songs to play! We are going to learn how to play Purple Haze by Jimi Hendrix. We’ll break down the intro and main part and get you playing this popular song in minutes! Let’s get started.

So to start we are going to bounce back and forth between two notes. First placing our finger on the A# note on the 6ths string 6th fret, and bounce back and forth from this note to the A# an octave higher on the 4th string 8th fret. We are going to do this four times. An octave on the guitar looks really similar to a power chord. A power chord you would have your first finger on the root note and your third finger a fret apart and a string below. For an octave all we do is move that third finger down one more string. So we have our pointer on the root note and then our third finger skips a string and fret, and we have an octave! So the intro just moves back and forth from the sixth string to the 4th string picking the notes in the octave, four times.

To start, we’re going to slide our ring finger from the 7th fret to the 9th fret on the 4th string. Remember when sliding we do not release the pressure from our finger while moving across the strings. This is how we keep the sound! So it’s very important. After our slide we put our pointer on the 3rd string 7th fret, pick once and then bend 8th fret 2nd string, one quarter step, ending this phrase on the 7th fret 4th string. Make sure to pay attention to which fingers you should use. I am using a finger per fret so all my fingers are lined up neatly and I can play this cleanly and efficiently. Meaning I use my pointer when on the 7th fret, my middle on the 8th, and my ring finger on the 9th fret. To end this entire part we play the 5th fret 4th string and pick once, then we pick the 5th fret 5th string once, I pick the 6th string open and slide with my middle finger on the 5th string, from the 5th to 7th fret.I like to think of this as four parts, the first two are actually the same, and that was the first (and also the second)! Also add lots of vibrato to the end of these fills to add lots and lots and is key in learning how to play Purple Haze by Jimi Hendrix.

Recap: How To Play Purple Haze By Jimi Hendrix

I hope you had a lot of fun learning how to play Purple Haze By Jimi Hendrix. Hendrix is such a unique player and I hope this song and his playing techniques inspire you and that you take some of the techniques and phrasing and add it to your own playing! He is a great guitarist to learn how to jam from and to learn how to incorporate tons and tons of feel in your playing. He makes the guitar sing, and so can you! 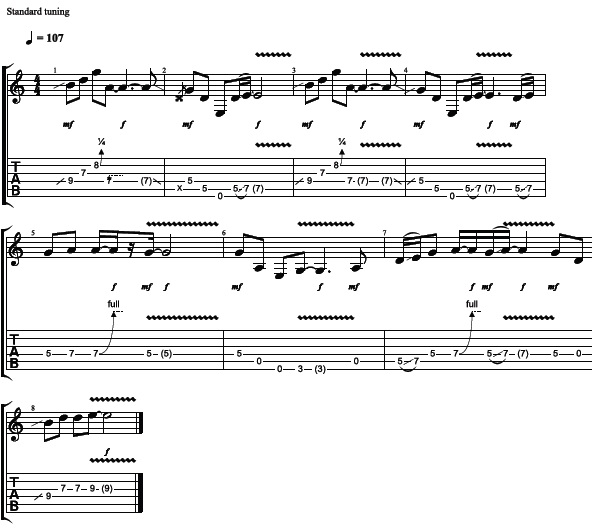