Hey folks… Blues turnarounds are a big topic
and a must-know if you wanna play blues guitar.

In this little video lesson, Jon shows us exactly
what is a blues turnaround and gives a really
good example.
kun
Check it out 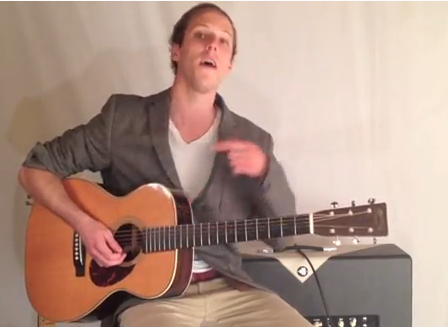 How’s it going everybody? My name is John McClennan
and I’m here today with Guitar Control. I’m really
excited to bring you a blues turnaround lick.

What is a turnaround? It’s basically a melody with
a specific character that happens at the end of a
blues progression that does exactly what it says,
turns you around. So it gets you from the end back
to the top.

If you’re playing a 12-bar blues, when you get to
the end of those 12 bars you automatically go back
to the top. But in the last two bars, that’s
typically where a turnaround melody or riff would
be played. This is probably one of the easiest
turnarounds you can play. So I’m going to show it
to you real quick.

We’re going to start out here on the 5th fret of
the second string, play that note, and then I’m
going to hit the open E string right underneath it.
And then I’m going to play the 3rd fret and then
the open E; second fret, open E; first fret, open E;
and then finally open B. So it has this descending
character to it. To me, these things say we are
going back to the top. So if you’re playing a blues
and you’re lost, you hear that and you go, oh, I know
we’re going back to the top.

Then, after that, you’re going to play an open A string,
1st fret, 2nd fret, like this. So the whole thing is
one-and, two-and, three-and, four-and one. And that
leads you back to go back to the E. This is a blues
turnraound in the key of E.

Again, there’s a lot of variations you can do with this.
You could mess with the rhythm a little bit. You could
take this note and you could put it down an octave and
you’re going to get this. That requires a little bit
more pick control because I’m skipping from the fifth
string to the high E.

There you have it. So blues turnarounds 101. Be sure
to click the link below for the tab and we’ll catch
you in the next video. Thanks for watching.