Hey check out the latest guitar lesson from Jon MacLennan… 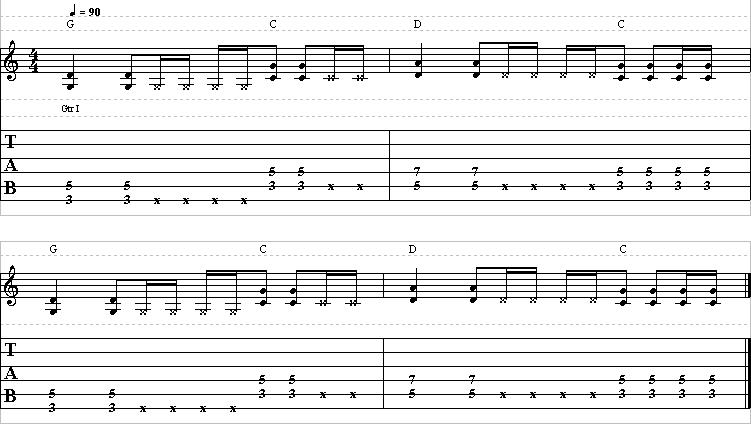 Hey, what’s going on everybody?
This is John McClennan and I’m here today
with guitarcontrol.com, bringing you this
video blog. Today’s lesson we’re going to
talk about how to play a power chord. It’s
something fairly simple, but very useful
and you’re going to use it in so many
different styles of music. So let’s jump
right in.

Basically we’re going to start off here
with our first finger on the 3rd fret and
then our third finger on the 5th fret of
the next string. I’m playing on the low
6th string and then the 5th string, those
two notes together. My first finger lays
flat so I mute all those other strings so
I don’t get them ringing open; I only hear
the notes that I want to hear. So just those
two notes. Try that.

One of the cool things about a power chord
is you can actually move it up and down the
whole guitar, but just remember that there’s
one fret between your fingers. So there you
have it, just moving it, say 3rd fret, 5th
fret, 7th, 5th, 3rd.

Then you can take the same thing and you can
move it one string higher and you get another
power chord as well. Here you would just have
your first finger kind of come up and lightly
touch that low 6th string so it mutes it. And
then same thing, you’re muting the high strings
and then you can move that up and down, again,
the whole guitar. So lots of use with these
movable chords.

One of the things you’ve got to remember, though,
as you get up higher, take a look at your guitar,
the frets get closer together. And then down here,
you’re going to be kind of stretched-out and then
up here it’s going to be a little bit closer together.
So you have to adjust for that and that’s just playing
the range of the instrument.

Now, let’s take it a little bit higher here and
we’re going to go another string — now we’re on
the 4th string and the 3rd string, same shape.
Again, one fret between my fingers and you can
play that up and down the whole guitar. So many
songs, especially the rock and roll idiom are
going to just have tons of power chords in them.
You might hear… Really fun stuff just to slide
that around and fairly simple. So check that out.

Be sure to click the links below for tabs and we’ll
see you in the next video. Thank you so much for watching.